Since the last Bulletin was published on May 10th, I received this note from Jean Turley, Ed Crosley's daughter. She asked that I share it with the Chapter.


"Words cannot express our appreciation and gratitude for the love and caring that was shown by the all the guys who visited and sang with Ed during his stay in the hospital and the turnout by everyone at the funeral home. It eases the pain of his loss a little to know he was thought of so highly."

Thank you to all.

On Saturday, May 22, we once again were welcomed to Copley Place in Fairlawn. Our directors, Dan Nichols, Terry Arman and Bud Couts ably led us through a forty-five minute performance that included songs from the 2010 show, some old favorites and songs from Chapter quartets. The audience was very enthusiastic and many sang along with the chorus.

As those of you who have joined in our Copley Place singing over the past few years know, the venue is a beautiful place in which to perform. The administration and staff have been very helpful to the chorus by, among other things, providing transportation to some of our Cleveland TV appearances.And at the end of our singing, we were invited to join with others in attendance and enjoy dessert and coffee. What a nice way to brighten up a somewhat rainy day.

What O. C. Cash Forgot To Tell Us

Recruiting Signs: The Next Generation

Our campaigns with the "Wanted: Men Who Like To Sing" yard signs have been instrumental in the increase in chorus membership that we have enjoyed recently. All those who participated in that program deserve much thanks. However, as with all successful endeavors, we should not rest on our laurels. The time has come to "ramp" (pun definitely intended) up our efforts and make it easier for prospective members to find us. So, the Bulletin is proud to unveil the 2010 recruiting sign. 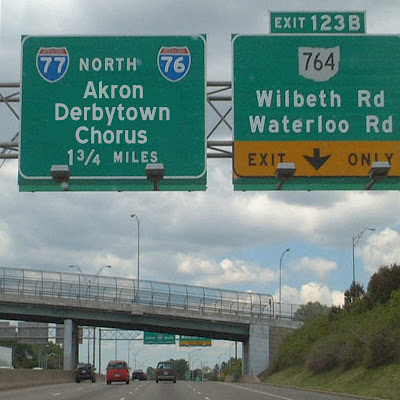 Click on the "Featured Chorus" link in the Hot Links section in the top right of this Bulletin page to visit with some of our fellow barbershoppers.

Now that you're familiar with where the Hot Links section is, take a minute and respond to the survey, according to your age at the present time. You have one week to do this and it is being done to give the Chapter some numerical information about the age demographics of our members. Please, only current members of the Akron Derbytown Chorus should respond to this poll

One week from today, we will again honor those men and women who died while in military service. Here are two patriotic songs, both featuring the quartet, "Acoustix". The first one takes us back to "Acoustix-1995", four years after they won Gold at International. The second is from 2007.

The Youngsters Are At It Again

This quartet should hang out with Hot Air Buffoons to improve their comedy "patter", but the singing is pretty good.

An Afternoon At The Ballpark 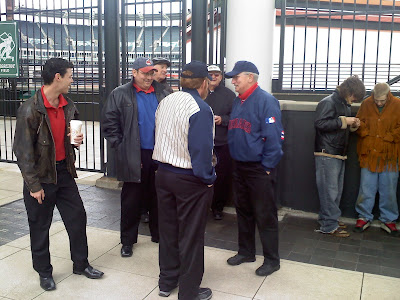 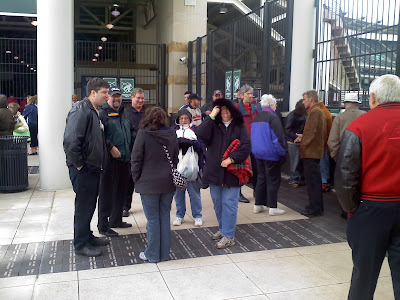 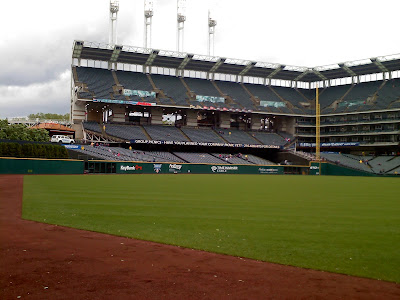 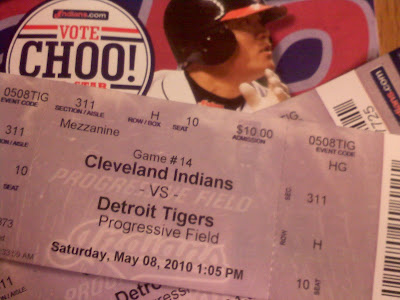 This past Saturday, May 8, thirty-three (by unofficial count) members of the Akron Derbytown Chorus made what has become an annual visit to Progressive Field in Cleveland. We were once again invited to sing the National Anthem before the game.

As often happens with barbershoppers, we found many opportunities to sing before our main duties were scheduled. As men, along with family and friends arrived, pitches were blown and songs rang forth. The joy was there from the start and the volume increased as more singers arrived. 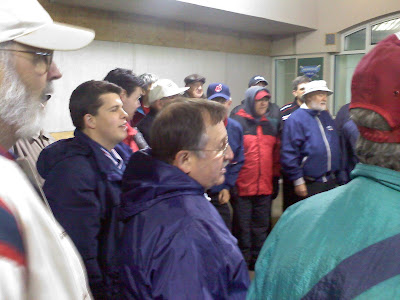 We began our pregame concert outside of Gate C, near the Bob Feller statue and received hearty applause from those standing in line waiting for the gates to open. The set even included a tongue-in-cheek rendition of "Jingle Bells" in honor of the chilly temperature. When those gates did open, we moved our performance inside to the concourse, mostly to escape the substantial wind and occasional rain. Ah, May in Ohio!

The group gradually made its way around the concourse toward Gate A where we were to meet our guide for the trip to the field level. Naturally, there were pauses for singing along the way. 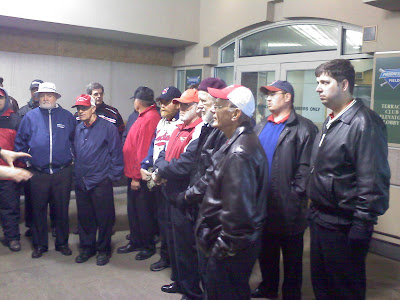 Once at the location where we were to enter the playing field, we continued our singing, to warm up our bodies as well as our voices. Then it was time to perform for the crowd.

The sky brightened a bit, the wind subsided a little and we proudly sang The Star Spangled Banner. For those of you who have not joined us for this and past performances at Progressive Field, it's difficult to describe the feeling of singing the anthem at such a venue. I think that all those who were there would agree that it is a very wonderful feeling. Let's see if we can get 50 or more singing when we return to the ballpark next year.

Below are some still pictures and one video from last Saturday. I have also included a video of our performance. I must give credit to my wife, and chief videographer, Sue, who bravely battled the wind gusts in section 311 to record this video. As you will notice, the combined force of the wind and the chorus ringing that final chord tore her loose from her moorings and swept her to the top of t 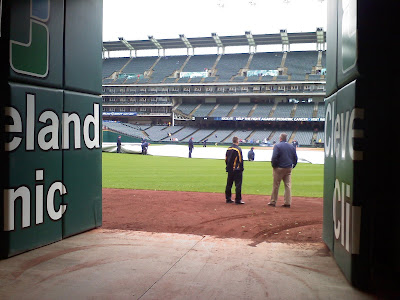 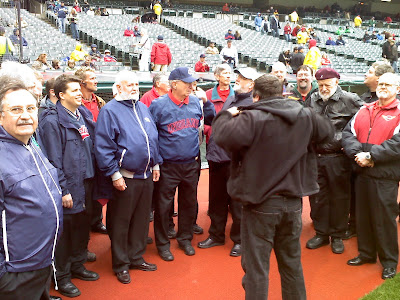 he scoreboard. As the fireworks explosion knocked her back to ground level, she stoically held on to the camera so that you would be able to view our performance. Thanks again, Sue.

Note: The anthem video will be found at the end of today's Bulletin issue.


Here is the "Take Me Out To The Ballgame" video.

ging at the Emeritus Assisted Living Center in Stow. This performance marks the second sing-out with new bass, Gary Young.

On Saturday, May 15, Clear Choice will be performing on the campus of Kent State University. The event is a throwback baseball game between KSU and Bowling Green as part of the Centennial celebration of the founding of both schools in 1910. The players will wear vintage uniforms and concession prices will be "old school". The game is free and open to the public. There will be a show of class 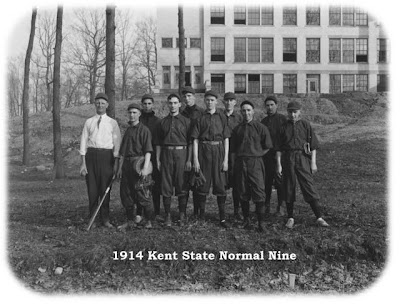 ic cars, as well as historical trivia and prizes. Clear Choice will be strolling and singing in the hospitality tent from 2:00-3;00, and then will sing the National Anthem at 3:00, prior to the start of the game. The site of the game is Olga Mural Field at Schoonover Stadium.

One Quartet Meets Another

You Mean There's A Song That Goes With That Tag?