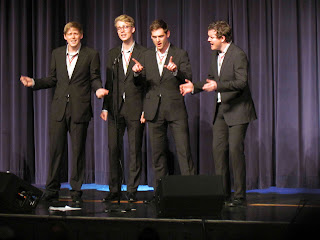 Ringmasters made history in Portland by becoming the very first quartet from a Society affiliate to win the coveted quartet gold medal. Travelling all the way from Stockholm, Sweden, Ringmasters combined fantastic singing with championship-level entertainment to bring back a gold medal for the Society of Nordic Barbershop Singers (SNOBS) Affiliate. Ringmasters is tenor Jakob Stenberg, lead Rasmus Krigström, baritone Emanuel Roll, and bass Martin Wahlgren. 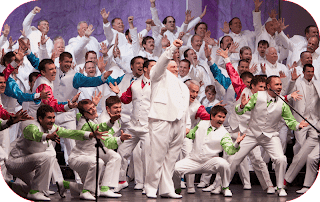 Under the direction of Jim Henry, this is the third gold medal for the Ambassadors of Harmony, having already won the coveted gold medal in 2004 and in 2009. 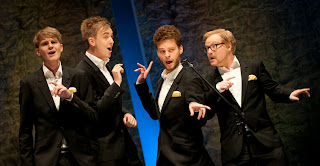 
(There are videos of the champs later in this issue)

Chapter quartet is Keyed Up
for new citizens 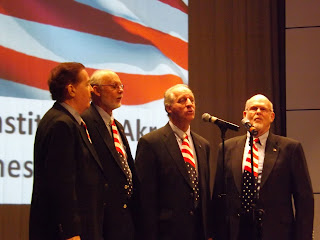 Keyed Up quartet was delighted to perform as part of the Naturalization Oath Ceremony at Akron’s Main Library auditorium on June 29. The quartet sang four patriotic songs during a program that culminated with 49 people from 30 different countries swearing their allegiance to the United States.

“It was the most moving event I have had the privilege of singing at as part of a quartet,” noted tenor Denny Conrad. “I started choking up several times while singing, as I realized what the lyrics of our songs meant to me and to others in attendance. It was gratifying that many of the new citizens and their family members asked to pose for pictures with the quartet after the ceremony. Several of them voiced an interest in visiting a chapter meeting.”

“It was an honor to share in the joy and pride of our newest citizens,” mused Mike Sitter, who filled in for bass Jim Murfin. “I was thrilled for those who were about to enjoy the rights and freedoms we have known all our lives.”

The International Institute, which promotes immigrant integration, ethnic diversity and international communication, hosted the event. The honorable John R. Adams, U.S. District Court for the Northern District of Ohio served as keynote speaker and administered the Oath of Allegiance. 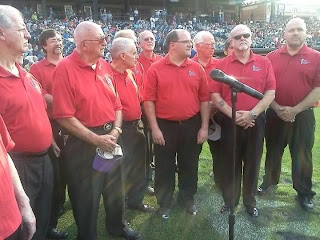 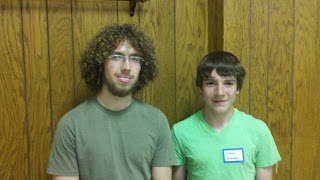 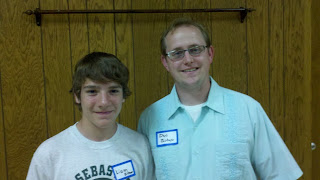 Listen To The Gold Medal Winners