May All Your Songs Be Harmonious In 2012 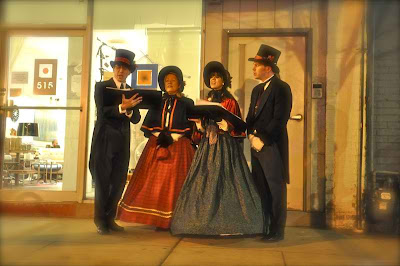 The honor of being BOTY is certainly one that Rip richly deserves. Since joining our Chapter, Rip has been involved in numerous projects, which include the development of the Gospel Chorus, our Singing Valentines program and, most recently, spearheading the production of our 2012 Annual Show. He has always been eager to provide labor, expertise or, on many occcasions, his home to aid in the operation and growth of our Chapter. Congratulations Rip! 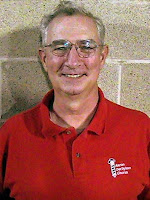 at The Salvation Army headquarters on Maple St. in Akron. We were divided into two groups and bused to Acme stores all around the greater Akron area. Once at the stores, we met with the bell ringers and did a short performance to help make shoppers aware of the fund raising efforts of The Salvation Army.

Coffee, Donuts, bottled water and our own supply of Christmas spirit were more than enough to keep us singing carols until after the noon hour. This was a departure from our usual Salvation Army gigs of recent years, but it certainly allowed us to cover a wide area and get up close and personal with our audience.

Later that evening, we gathered at The Spaghetti Warehouse for the December business meeting/Christmas party. After dinner, we were treated to songs by Chapter quartets and the chorus. As mentioned in the opening article of this Bulletin issue, it was announced at the meeting that the 2011 Barbershopper Of The Year award went to Charles (Rip) Wilson.

Fox 8 In The Morning

On Monday, Dec. 12th, we made our holiday appearance on the Fox 8 Morning Show. We were ready to give it our all because we really hadn't sung much since Saturday. This is always a great gig and, through the Fox 8 webpage, we can promote our Chapter and the Annual Show. A round of cyber-applause to all who participated in our Christmas TV appearance.

You don't have to be a barbershopper to enjoy the many wonderful sounds of Christmas, but we certainly get a lift from being able to sing the songs ourselves. Let's sample a few right now.

Editors Note: Since Sue and I will soon be traveling south to Florida, by way of Cincinnati (for Christmas) and Hendersonville, TN (for another Christmas), this will be the last full edition of The Bulletin until May, 2012. By the way, we already had Christmas in Kent with Mike and Kim. I will post shortened issues each month to recognize birthdays and mention some brief news or entertainment items. Until then, have a Merry Christmas and I'll see you in the new year. Maybe, if I keep up with the show songs online and we do a repeat show in Medina in May, I can actually be in it.